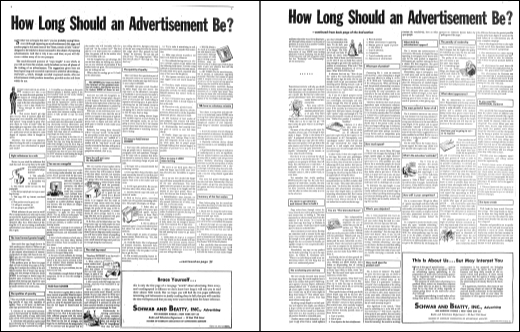 Who’s the greatest copywriter in history?

Perhaps, it may not even be a valid question.

Unlike the world of football (soccer in the States), advertising copywriting spans many varied arenas and areas of human endeavor, not to mention different languages.

If it were football, Pele and Maradona would be on everyone’s short list.

Sorry to you young’uns… I know about Messi… ditto for the Dutch and Cruyff.

But copywriting’s not football.

Whose copy has best stood the TEST of TIME?

Admittedly, there could be heated discussion about this one too, but at least it’s manageable.

At the time of this writing in September of 2020, there is no Wikipedia entry for Victor Schwab — not that it means much.

Heck, there isn’t even a picture of this advertising legend on the Web besides this one.

Besides having a hand in some of the biggest businesses in the world of mail order advertising, Victor Schwab is flatly one of the best advertising copywriting teachers there is… even today… ESPECIALLY today. 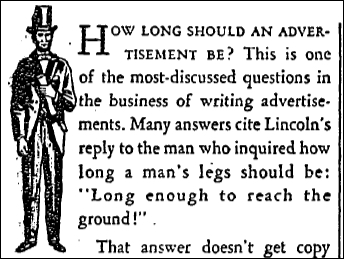 It’s unimaginable to conceive of a 2,874 word spread on the art and science of writing good advertising running in print today.

It’s just as inconceivable to realize this masterpiece was published in 1955.

This EPIC ad of Victor Schwab’s was later parlayed into the copywriting classic, How To Write a Good Advertisement.

Here’s the giant 2-page spread: How Long Should An Advertisement Be?

That’s just a fraction of what’s in this EPIC insertion that COMMANDS attention… and opens the door to ACTION.

“1. Start copy with a pertinent question to help people into it. Commence certain paragraphs with such questions. Throughout the copy, work in questions that stimulate interest in answers to follow. They also provide an interesting change of pace and style.

2. Or begin with your strongest consumer-benefit fact.

3. Give copy news value. Put news (and most newsworthy item of it) into the first paragraph. What is stale news to the advertiser may be fresh news to the reader-and vice versa.

4. Avoid vague generalities. Be concrete, specific. Tell who, what, when, where, why, how.

5. Speedily identify copy with needs and desires of the reader.

8. Get in plenty of emotional appeal. Long novels often become best sellers, but even short books of logic rarely do.

9. Touch people on points of common human contact. Make them say, “Yes, that is just like me.”

10. Avoid flat claims. Use vivid portrayal of dramatic situations, humanized facts, word pictures to inspire reader to want, as soon as possible, what the product will do for, and get for, him.

11. Put as much personality, human interest, showmanship into it as you can, with naturalness.

12. Try to make it entertaining to read. More adults go to movies than to schools of instruction.

13. Make copy relevant to product, not filled with distractive influences.

14. Use subheads having news (or relevant curiosity) appeal-to get readers into following body matter. Consider using subheads in question form, for same reason. Or make them tell a quick, sequential sales story of their own — for the glancer.

15. Use vigorous, nonstatic style to help copy suggest action and march toward action. Punctuate adequately, carefully, for clarity, simplicity, longer stay-with-it interest, greater urgency. (Punctuation can be made actively effective, not merely marks casually sprinkled out of the saltcellar of language.)

17. Use vivid present tense, singular instead of plural. Make it already happen to him as he reads. Jim Young once said, “To get a man to do a thing, let him see himself doing it.” For example, from an airline advertisement: “You left the East Coast at one o’clock after an excellent lunch. Now, stretched out in a big, cushioned easy chair, you watch cloud patterns shift on the green and gold checkerboard of the farmland below.”

19. Avoid too many adjectives, adverbs, pronouns, demonstrative articles, dependent clauses and phrases, subjunctive mood. Mar Twain’s advice about adjectives is worth following: “As to the Adjective: when in doubt, strike it out.”

20. Use vocabulary of least erudite of your prospects, then everyone will follow you. Said Ernest Hemingway, “I use the oldest words in the English language. People think I’m an ignorant bastard who doesn’t know the ten-dollar words. I know the ten-dollar words. There are older and better words which if you arrange them in the proper combination you make it stick.” John Caples suggests a sound way to look at it when he says, “Don’t make ads simple because you think people are low in intelligence. Some are smart and some are not smart. The point is that people are thinking about other things when they see your ad. Your ad does not get their full attention or intelligence. Your ad gets only a fraction of their intelligence. People won’t study your ad carefully. They can’t be bothered. And so you have to make your ads simple.” Yet avoid the suggestion of condescension and “writing down” to people. It is astonishing how well people can understand any topic that really wins their interest. For example, the inside of a radio is a very complicated thing. Yet thousands learned how to build their own-simply because they were fascinated by the idea. Also, when you think of it, the operation of an automobile is in actuality not so very simple a thing to learn. Yet people who are otherwise not too bright do it and do it well-because driving gives them pleasure. It is equally astonishing to realize the number of words of which ordinary people know the meaning when these words portray advantages to them!

21. Grammatically, lead carefully from one point of interest to the next; link them clearly.

22. Finally: longer copy does not mean looser copy, mere verbiage. Keep it compact, well integrated. Its job is not to fill up white space, not to make the reader say, like Shakespeare’s King John, “I was never so be-thumped with words.” Its job is to propel people (through holding their interest longer) to the point of purchase-or as near to it as possible.” 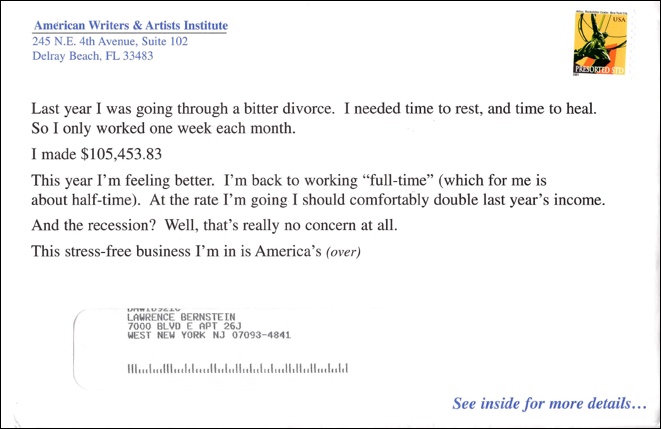 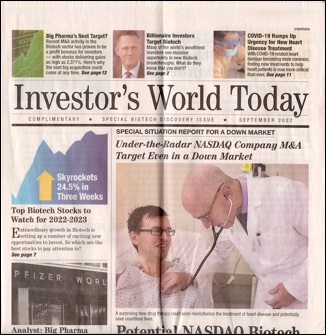