And I’m no duffer at it. On paper I’m in the top 6.9% of rated chess players in the United States.

Rated players, mind you, are not the guys who come home from work and play some casual games on the Internet while sipping a beer.

They’re also not the buddies at a Sunday barbecue who whip out the occasional board and pieces.

Rated players use chess clocks and record the notation of each and every move during a game. Some travel across the country to play in tournaments while holding down full time jobs.

I once had hundreds of chess books in my library before moving out west.

My neighbor was afraid the ceiling might cave in because of the “chess nut” upstairs.

I was a one time treasurer of the Marshall Chess Club, the second oldest chess club in the States. I’m happy to report the club survived my tenure and is still running today.

Emphasis on the word, occasionally…

She ruthlessly BLUDGEONS me!
Lessons in humility?

But there’s a silver lining in this story that’s been invaluable to me in business and in life.

And it’s helped me overcome something that held me back for years as a marketer and entrepreneur.

This same bogeyman may be stifling you too.

I’ll get to that in a moment.

First some explanation’s in order where Anjelina’s chess playing skill is concerned.

She grew up in the Soviet Union where chess was on par with baseball in America or soccer in Brazil. Sorry, futebol!

She had a special travel passport as a youngster that allowed her to fly to and from any republic in that vast vestige of a country of eleven time zones.

While other kids were studying for quizzes and running on the playground, Anjelina would be flying off on Aeroflot to some distant tournament.

The worst thing about playing her!

In boxing, a sudden uppercut ends a bout in seconds.

Or in baseball, a late inning home run instantly causes an upset.

That’s not how it happens when I play Anjelina in chess.

But it’s not something I fight anymore. Maybe I have a chance against her the next time she’s sleep deprived.

Chess at the highest levels isn’t like what many believe.

The world’s best players have to be in tremendous physical shape because they can be sitting at the board for up to five hours.

And unlike athletics where motion and physical activity release tension, the chess player is trapped in his or her chair facing the opponent for hours, while sometimes calculating endless variations.

Then there’s the economics in chess.

Only the top 50 players in the world manage to make a decent income. They get all expenses paid invitations to the world’s top tournaments with the biggest prizes.

The rest are more often then not, starving artists.

And that’s what gives me enormous hope!

The world of marketing, copywriting and entrepreneurship offer a road laden with endless potential.

Sure that road is often lonely and we’re playing without a safety net.

But today, someone, somewhere is just getting her feet wet in that sea of entrepreneurship. She may barely know how to move the pieces in marketing and business.

But tomorrow, she could come up with the next big blockbuster, or write the promo that launches a startling new business.

She doesn’t need to be in the top 50% of entrepreneurs, let alone the top 50 in the world, to hit a home run.

Moreover, she’s not competing with anyone but herself.

And that brings me to the main point.

The world of direct response can hang a HEAVY burden
on neophytes and veterans alike.

That’s because everything is measured in dollars and response rates and we’re constantly inundated with someone else’s numbers.

“Or marketer Y made some obscene sales in one day.”

“Or copywriter Z wrote the control that’s been mailing for two years.”

I couldn’t help but get depressed by that type of stuff.

You may know where I’m coming from.

But that’s all changed.

Because now, unlike chess, or marketing and copywriting, or anything else…

I’m only competing WITH one person!

That’s myself, of course, and I’m not competing against him any longer.

You know the Japanese word, “kaizen?”

It translates roughly as, “change for the better.”

It’s the daily baby steps and continuous improvement that compound over time and turn you into a better version of yourself tomorrow than you are today.

So forget about what the other guy or girl is doing and concentrate only on yourself and some small improvement today. 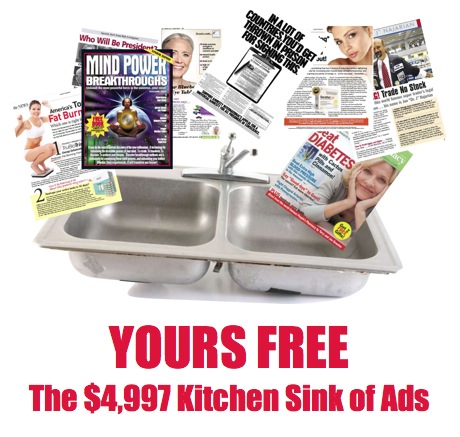